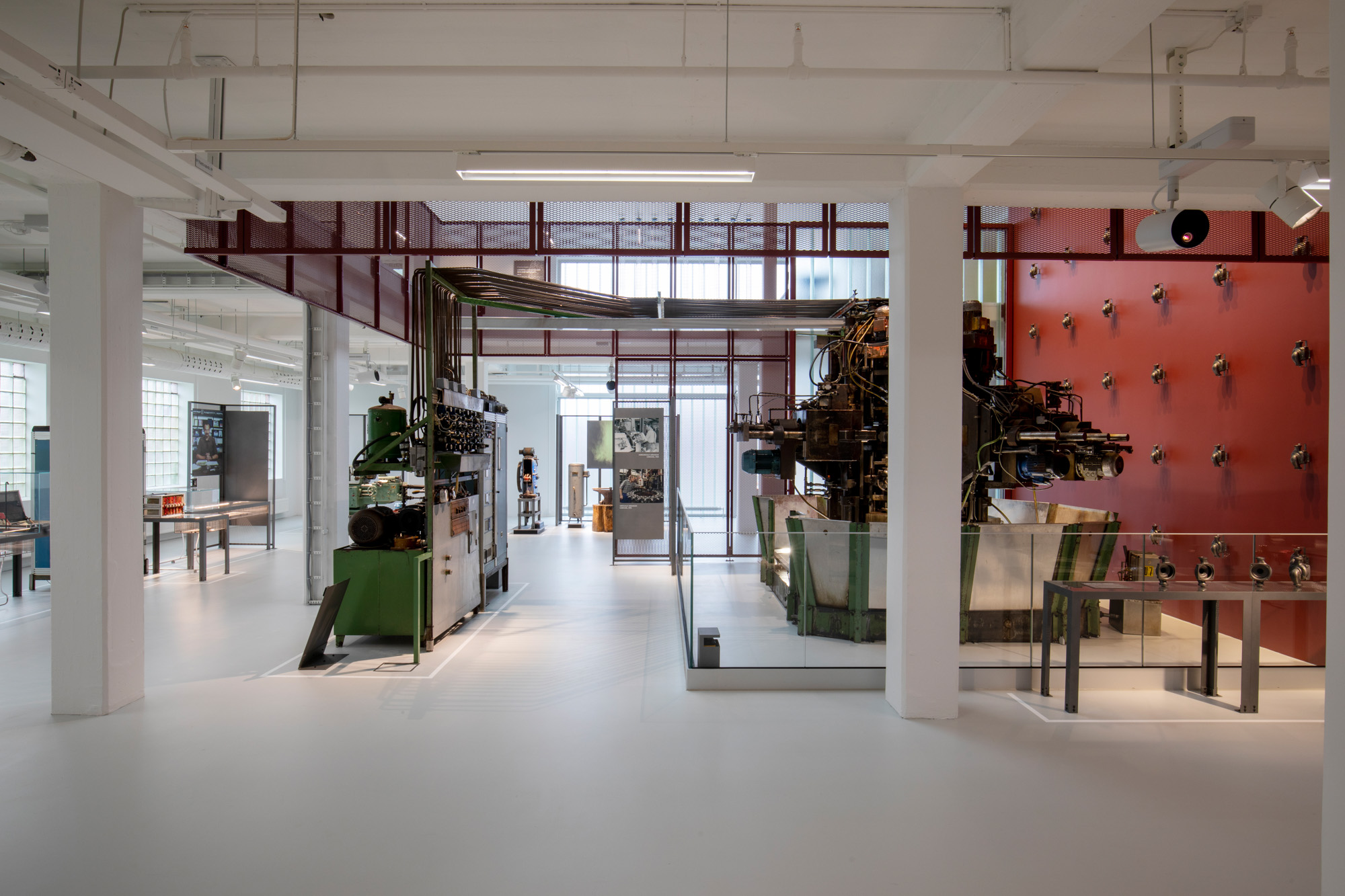 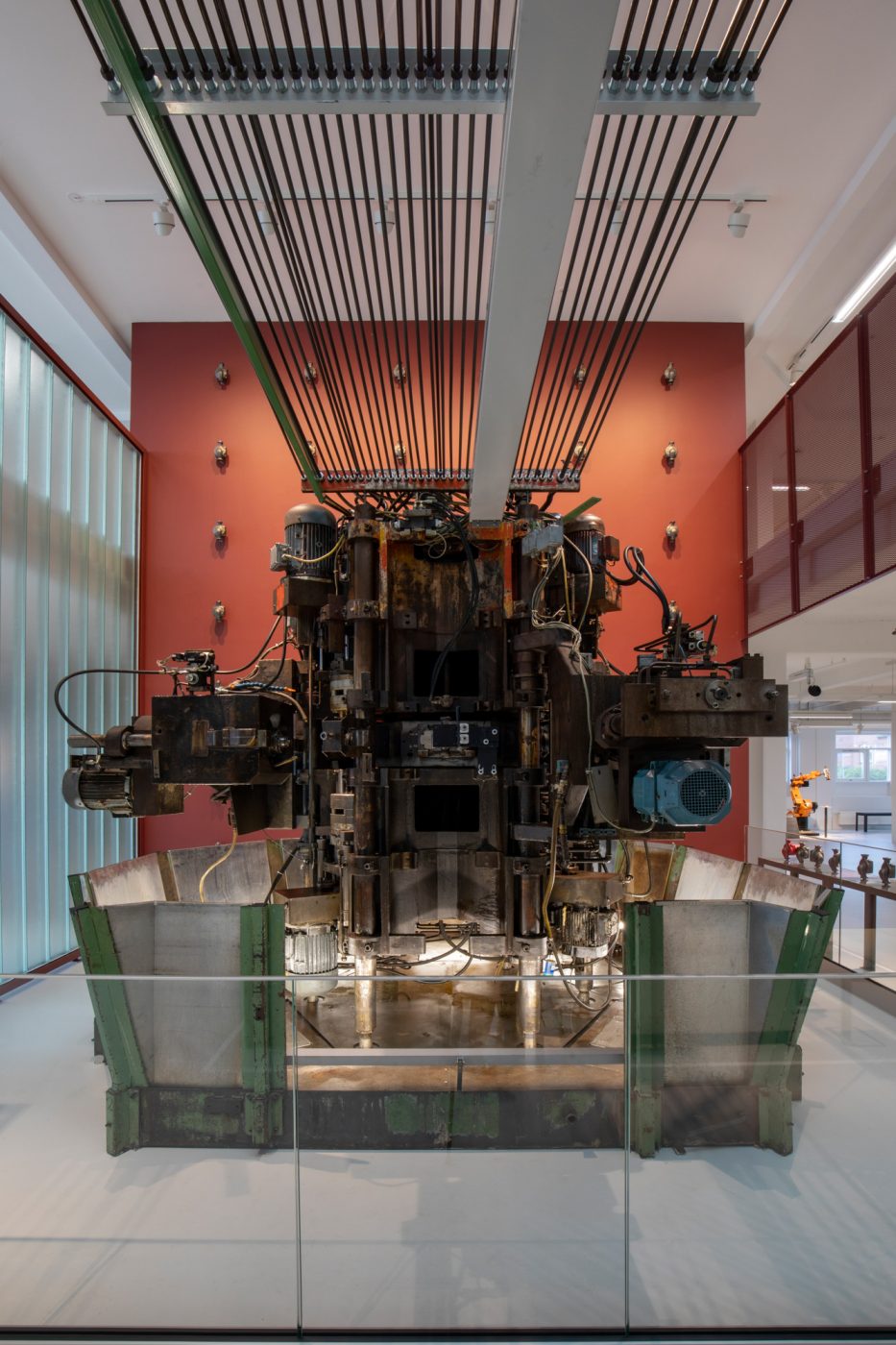 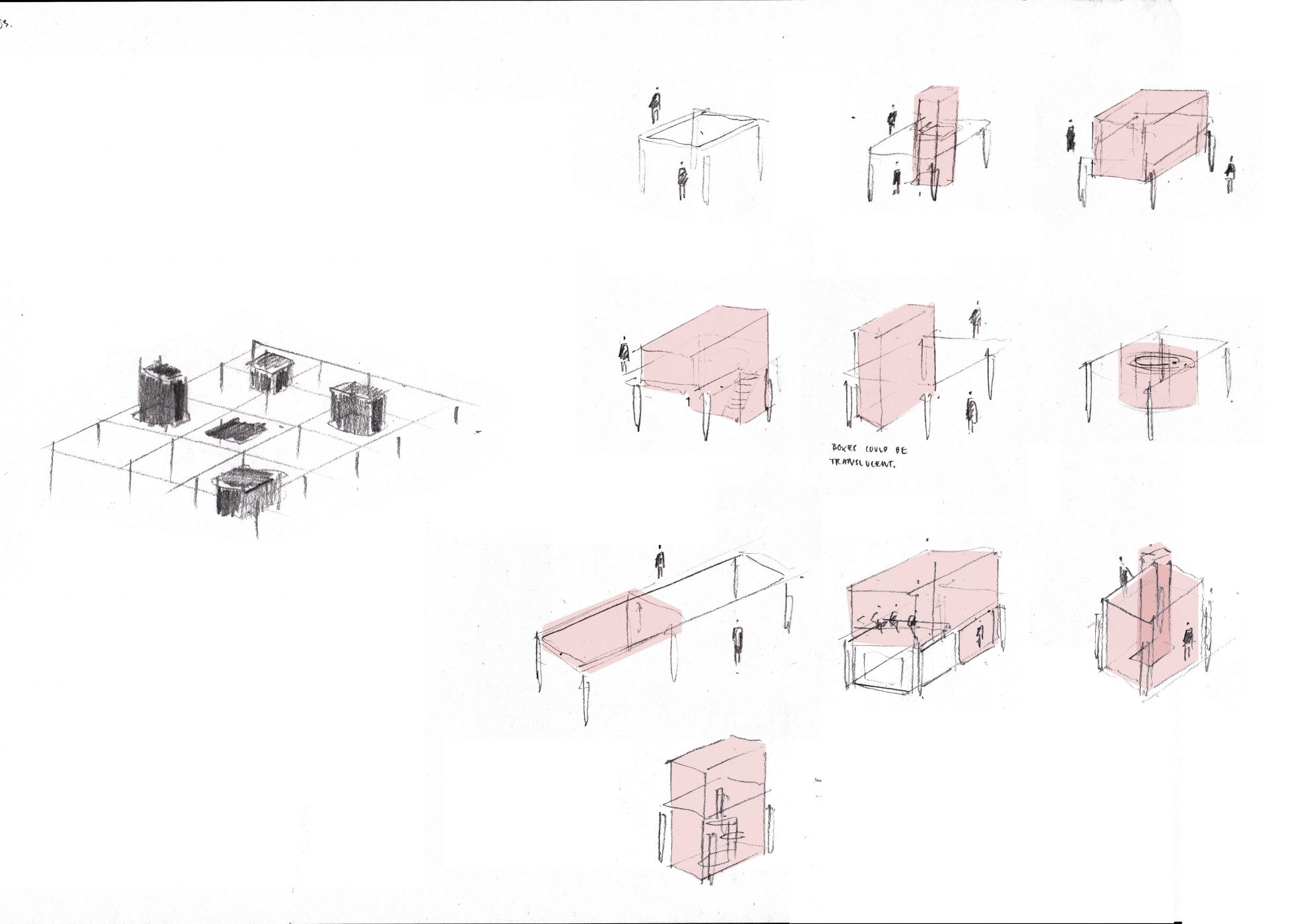 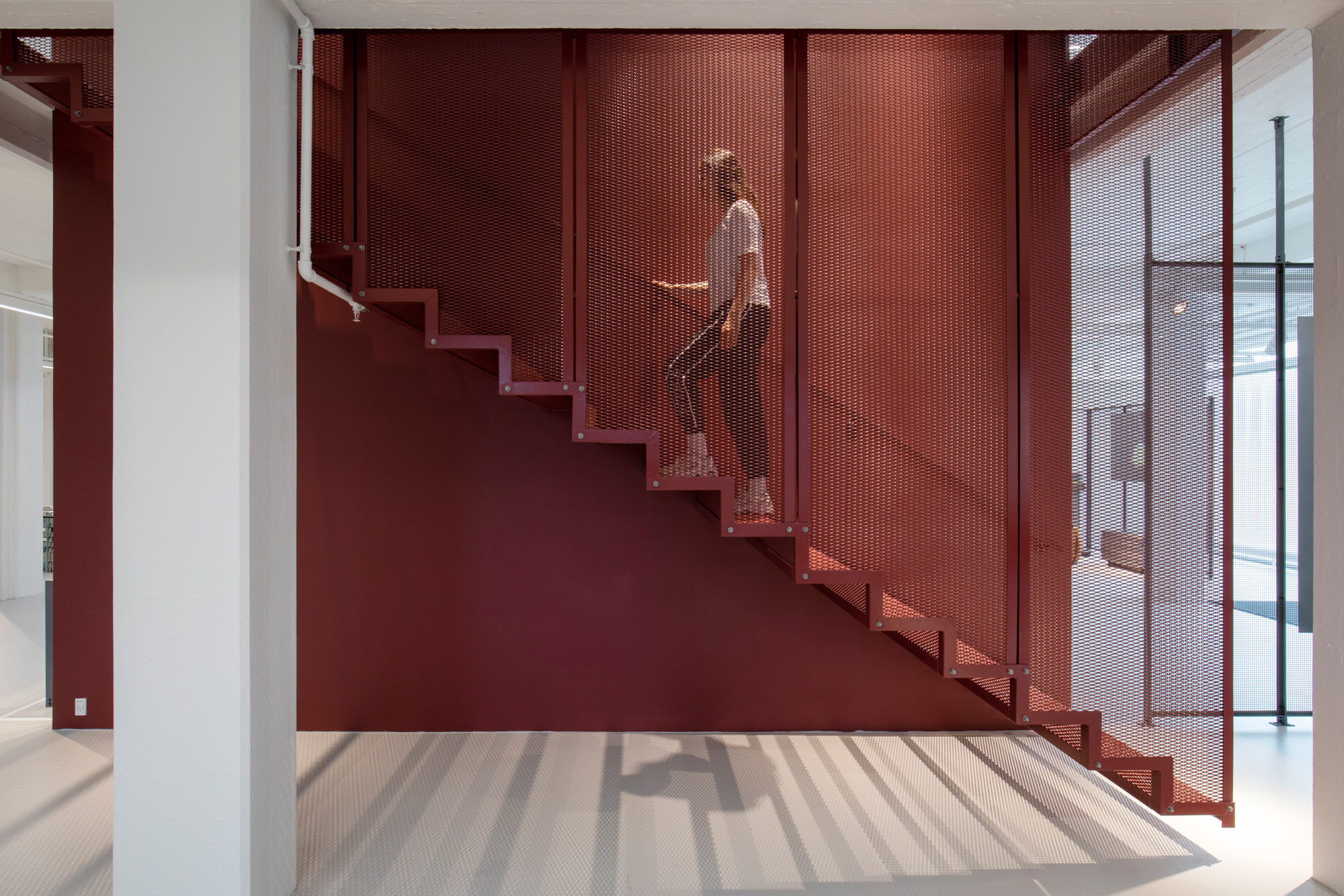 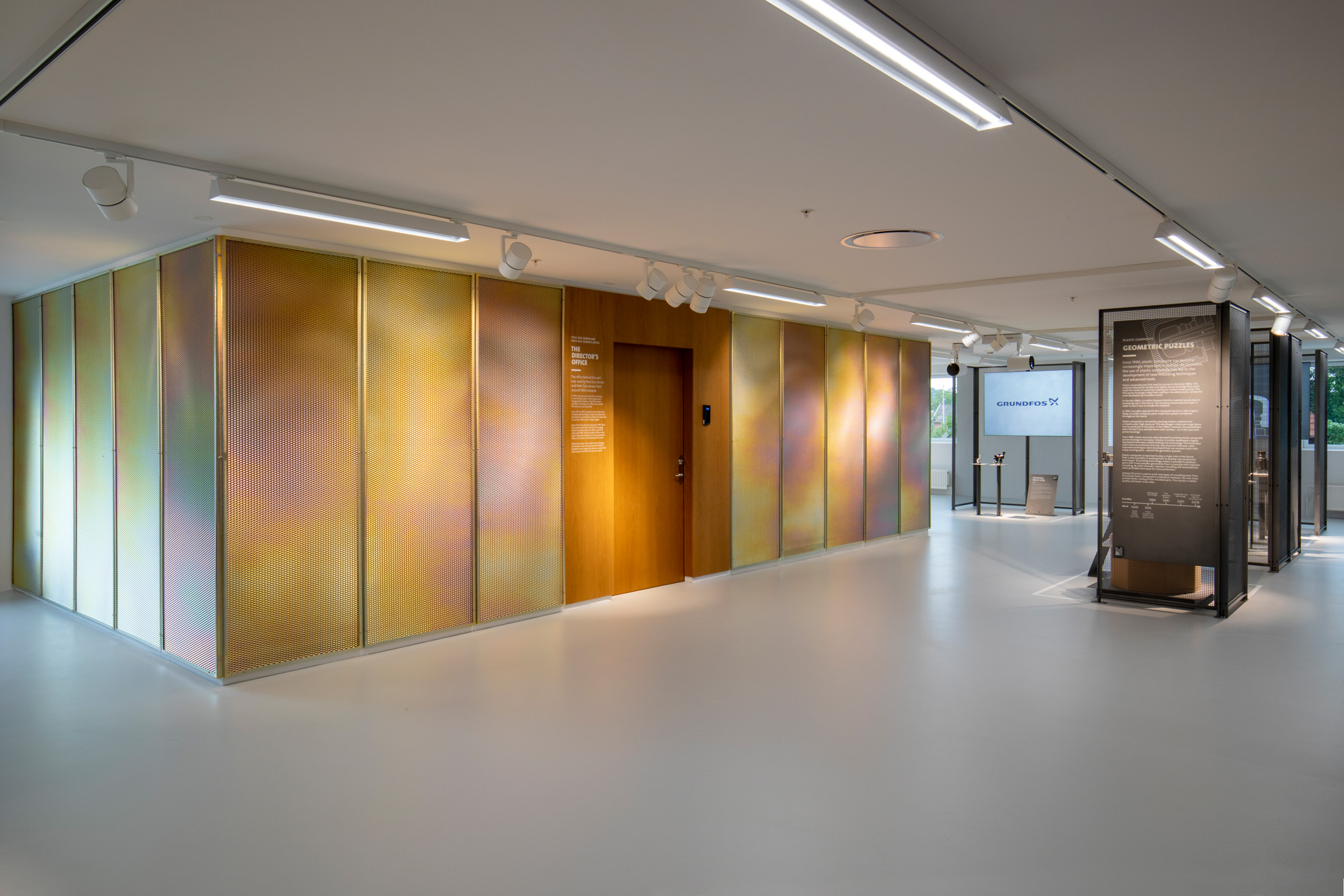 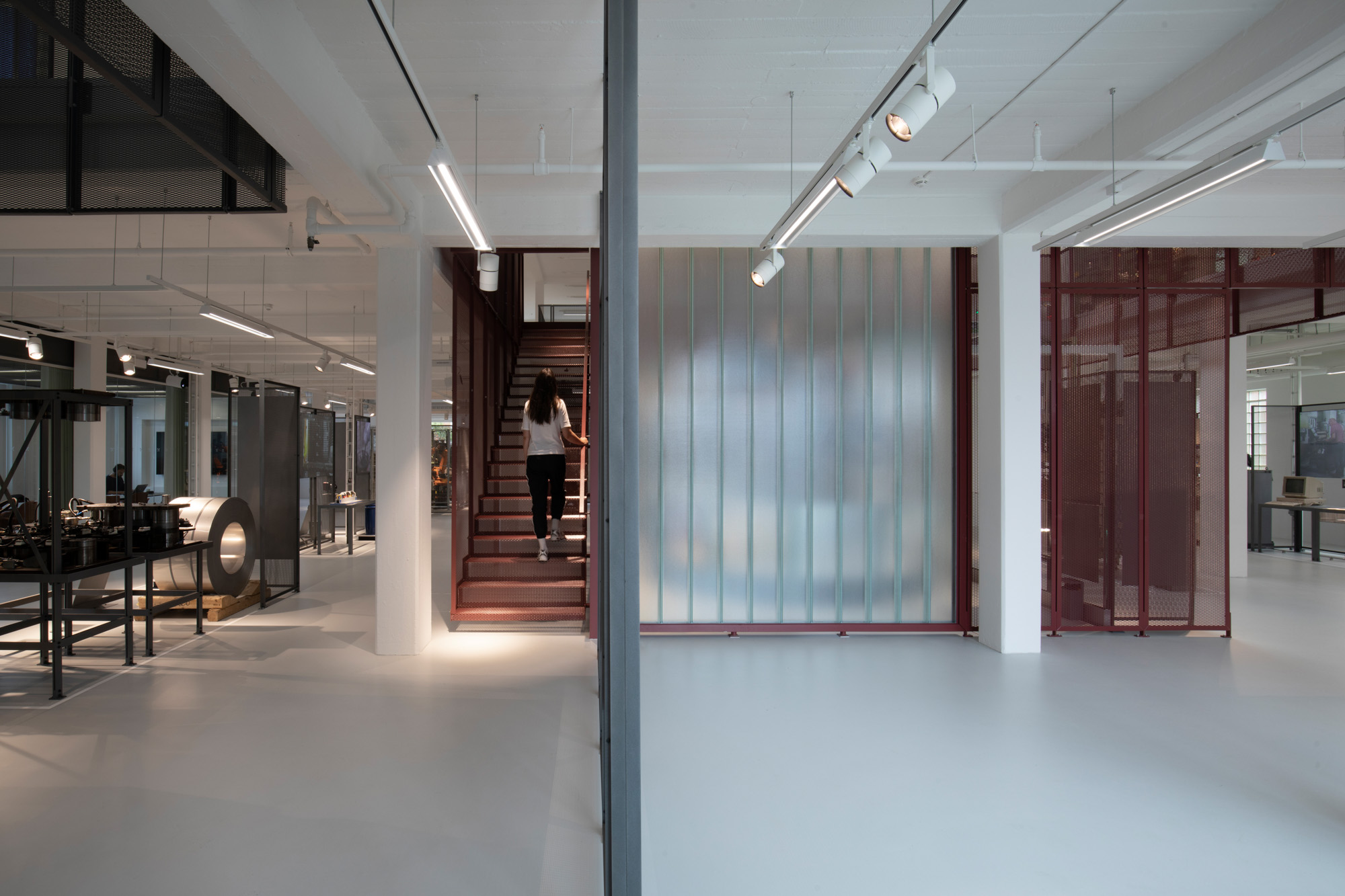 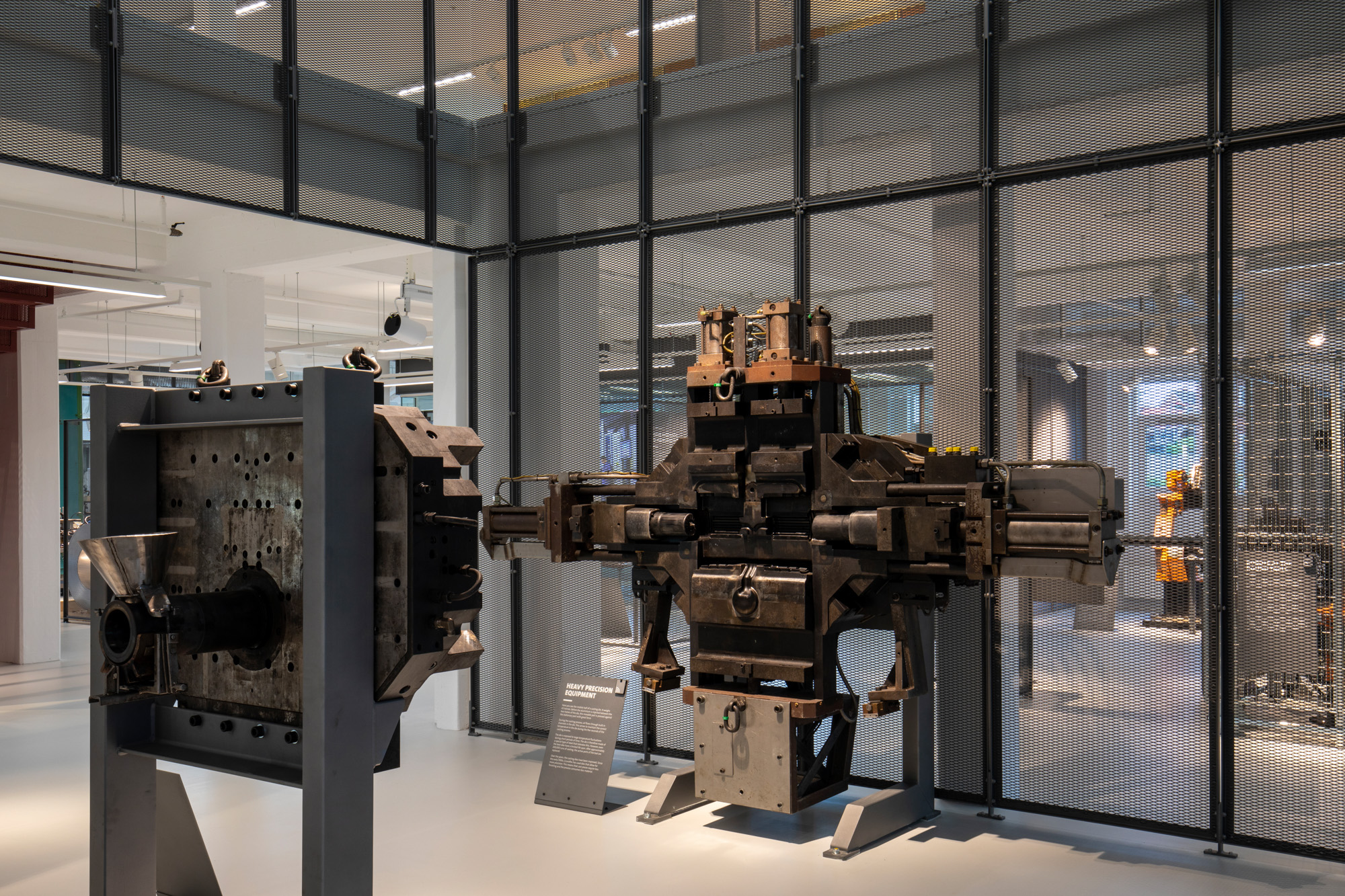 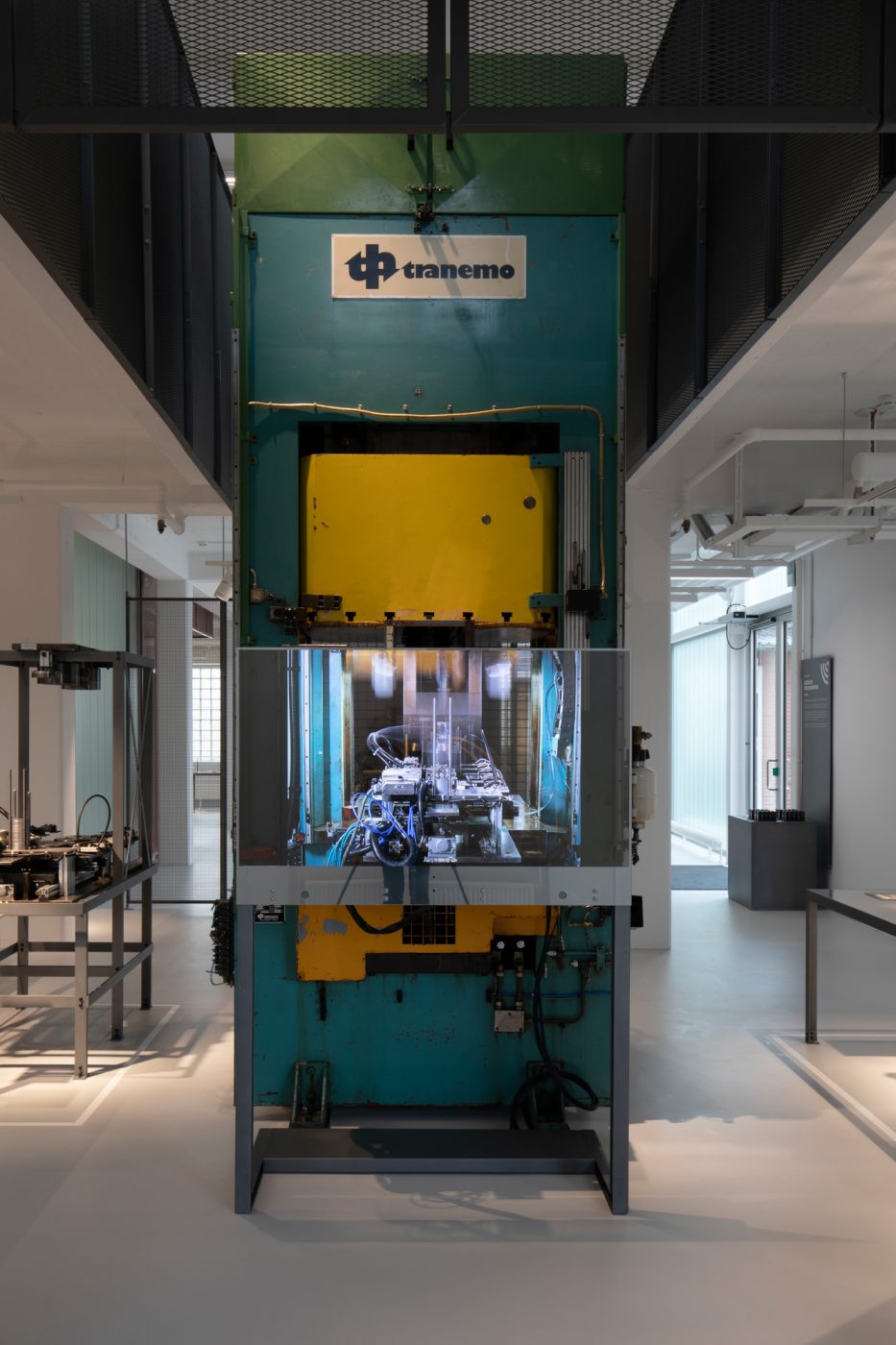 The original Grundfos workshop and founding building used by founder Poul Due Jensen, has been transformed and expanded by JAC studios as the Grundfos Museum; The Factory.

The exhibition unfolds the story of the Grundfos’ productional development of the Danish pump industry and is a celebration of the production and technology that makes Grundfos manufacturing unique. The design references directly the factory through a series of ‘Cells’ that reflect the subdivision of areas in the Grundfos factories used today. The fourteen ‘Cells’ introduce different production techniques through the machines that made them significant as well as the company progression and innovation.

The artefacts are sculptural pieces in themselves requiring a large amount of space that resulted in large ‘voids’ being created in the existing building slab; a cut through of the building to stage machinery.

The materiality and lighting of the building connects the visitor with the enormously complex but also very sculptural industrial machines and production environments. As a common thread the red color and the expanded metal defines a unified spatial identity, but also divides the overall significant space into smaller compartments with each their individual narrative.

The potency of the industrial production is enhanced on the a scenographic wall that supports the exhibitions key actor, ‘The Carousel,’ a multiple lathe that transformed and optimized production. ‘The Carousel’ is an operating machine that performs and can be controlled by visitors. Interactive layers bring static machines to life through OLED screens as well as layered compositions of prototypes and end-products that take the visitor closely into the industrial development at the company throughout the past seven decades.