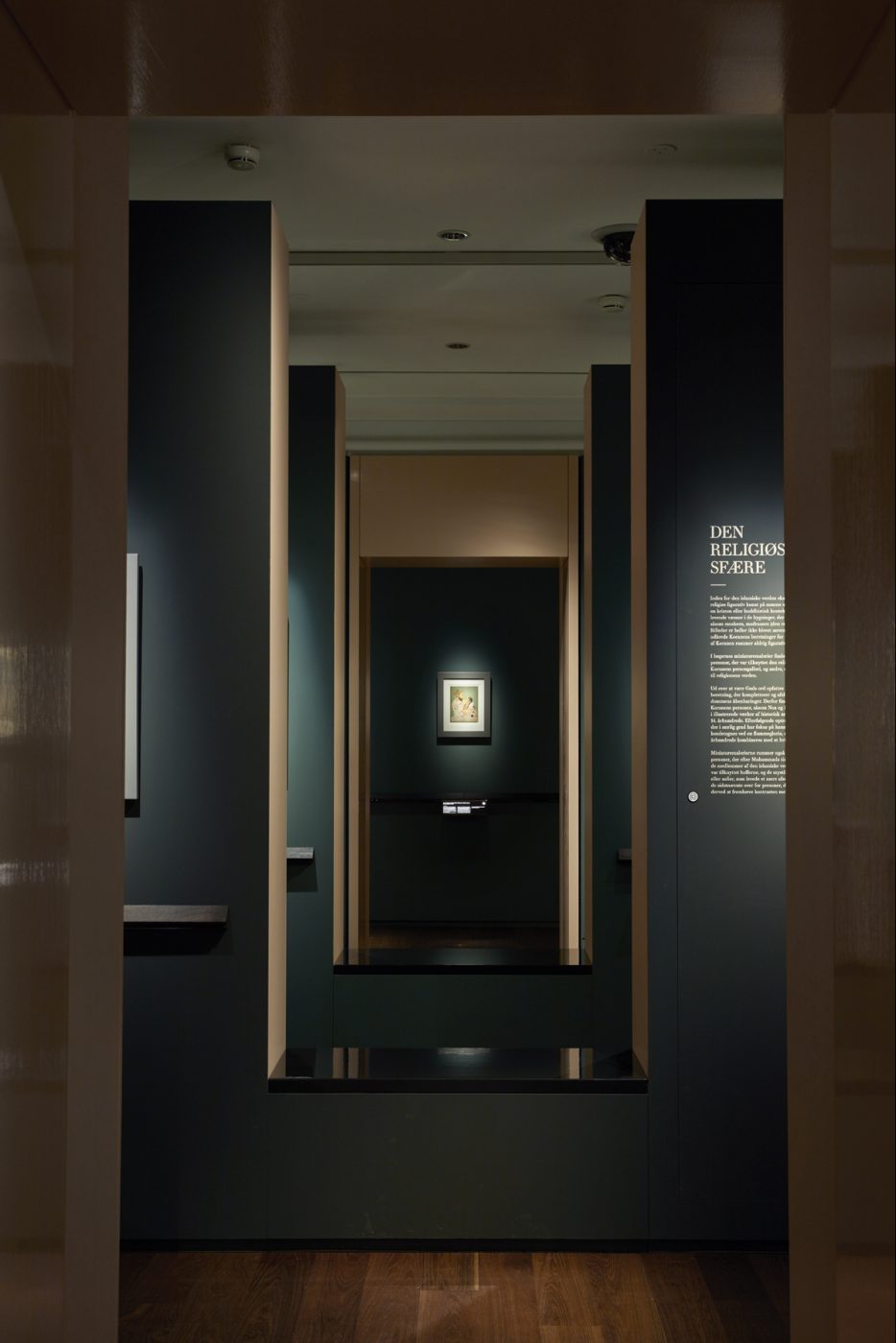 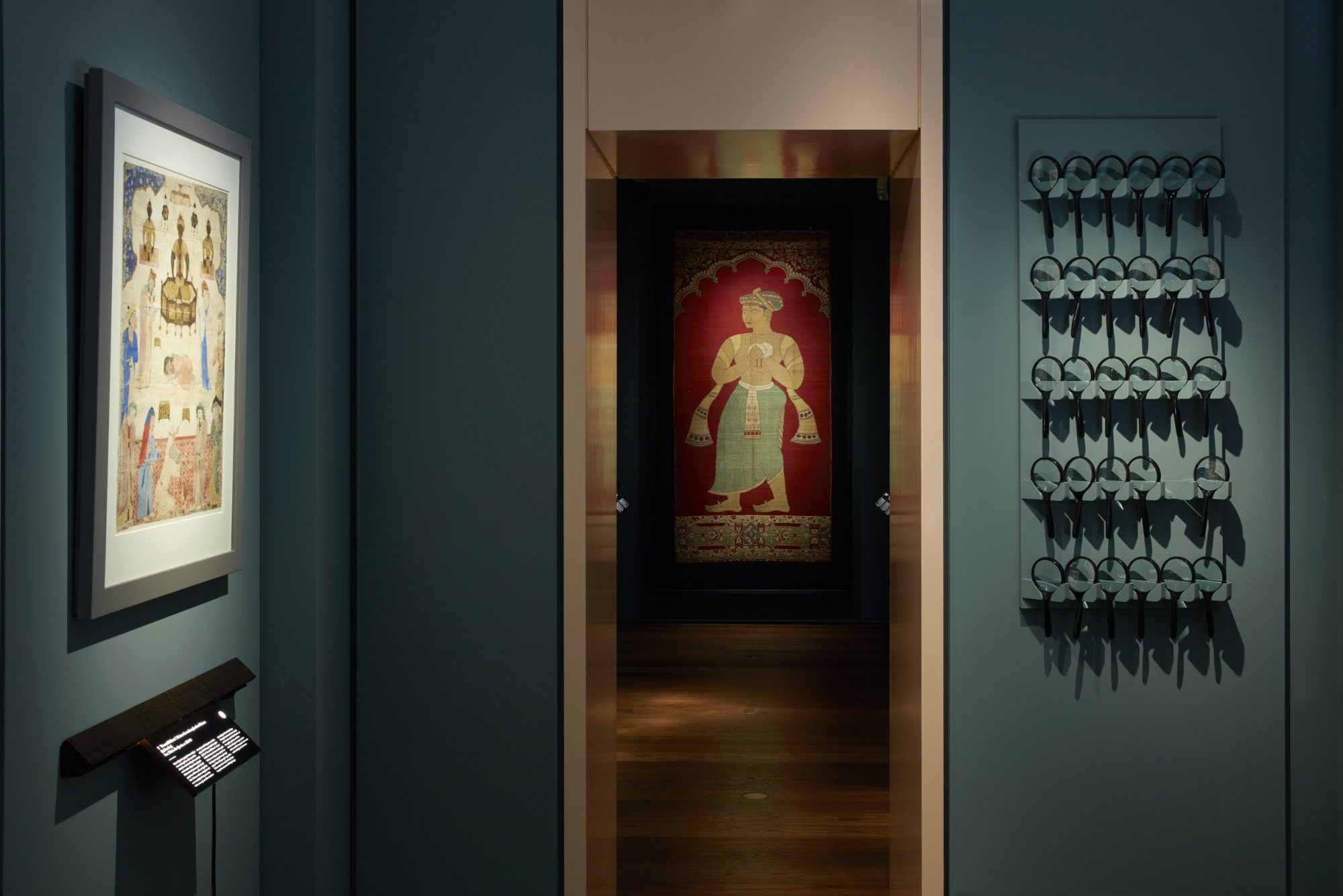 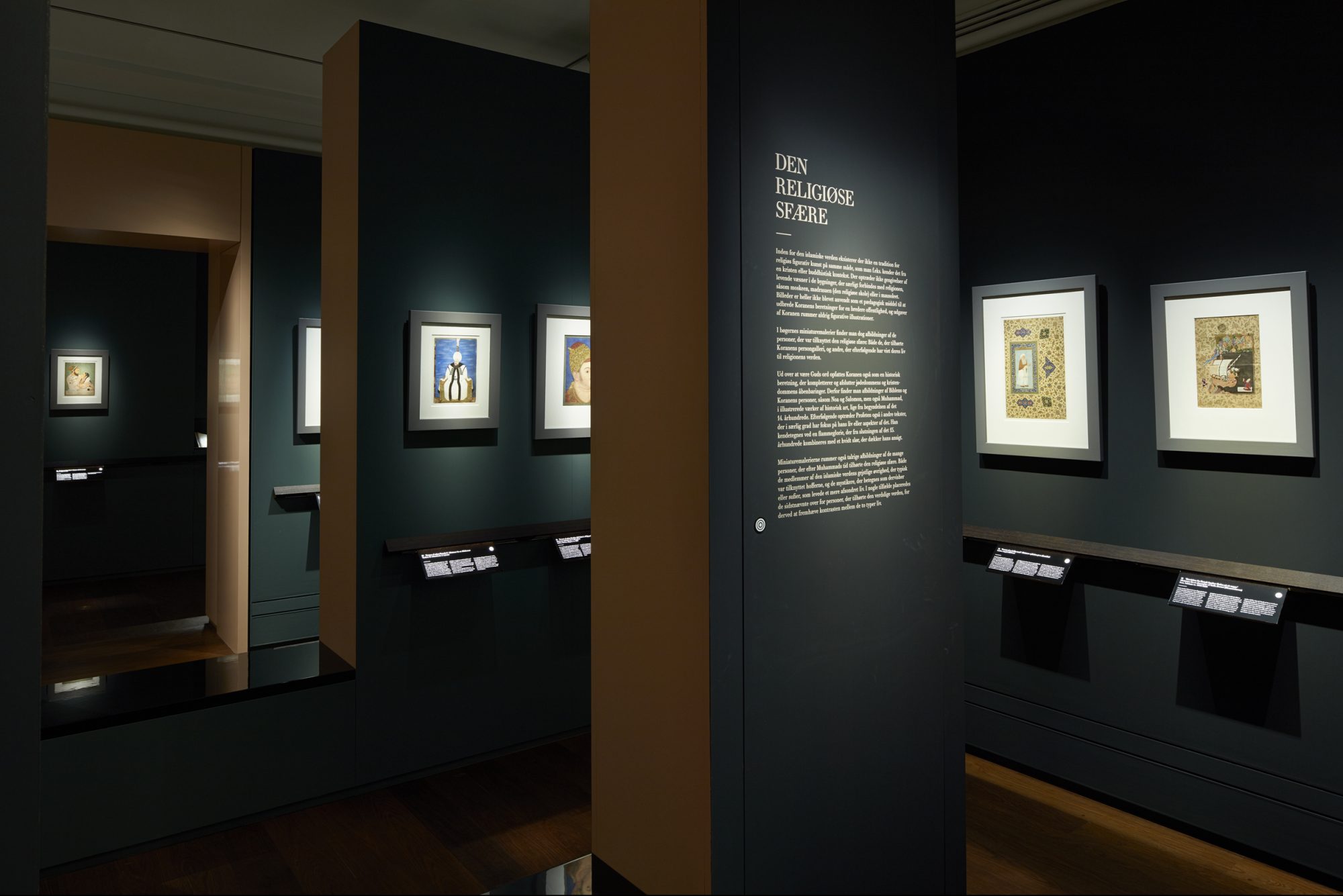 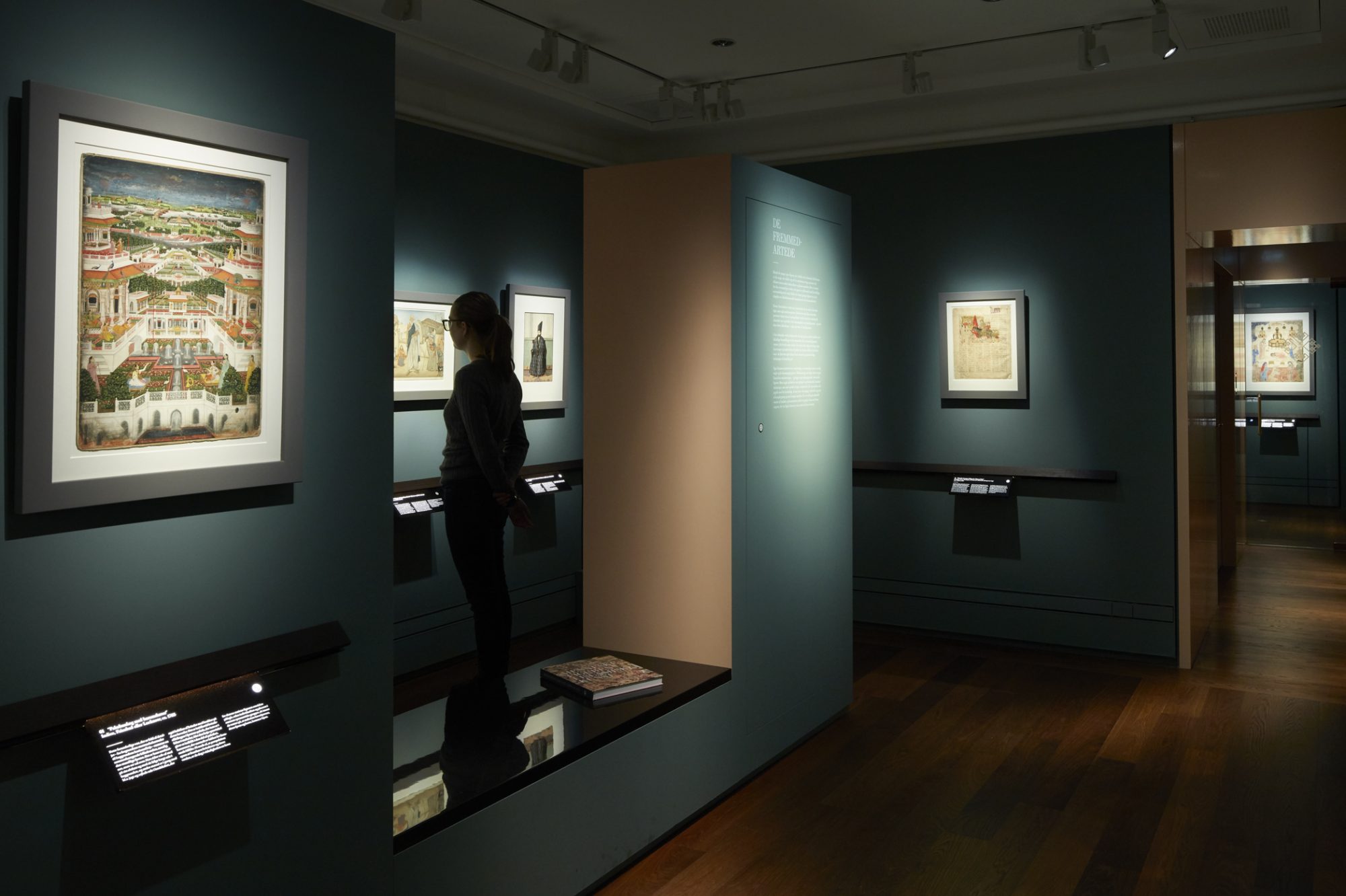 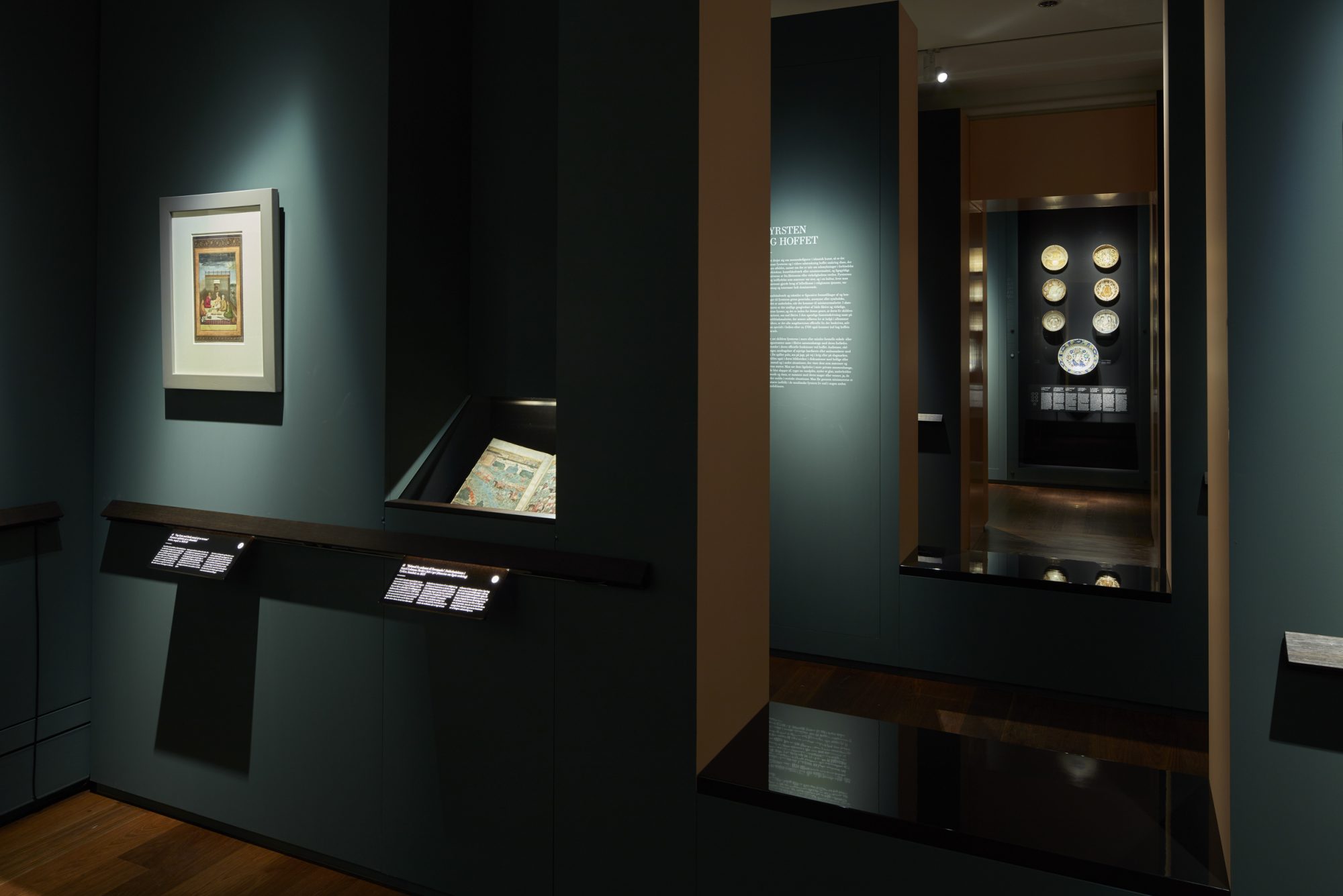 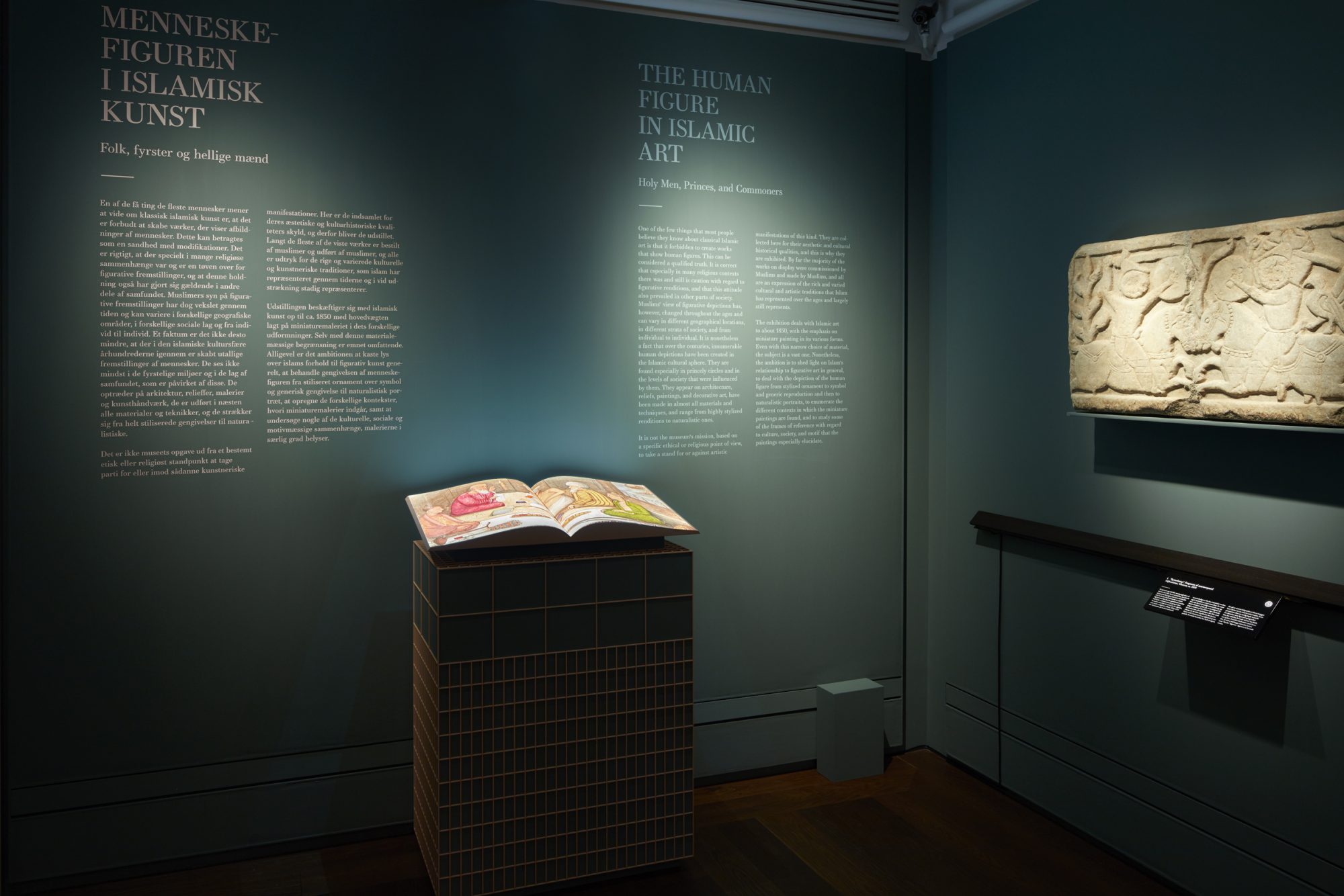 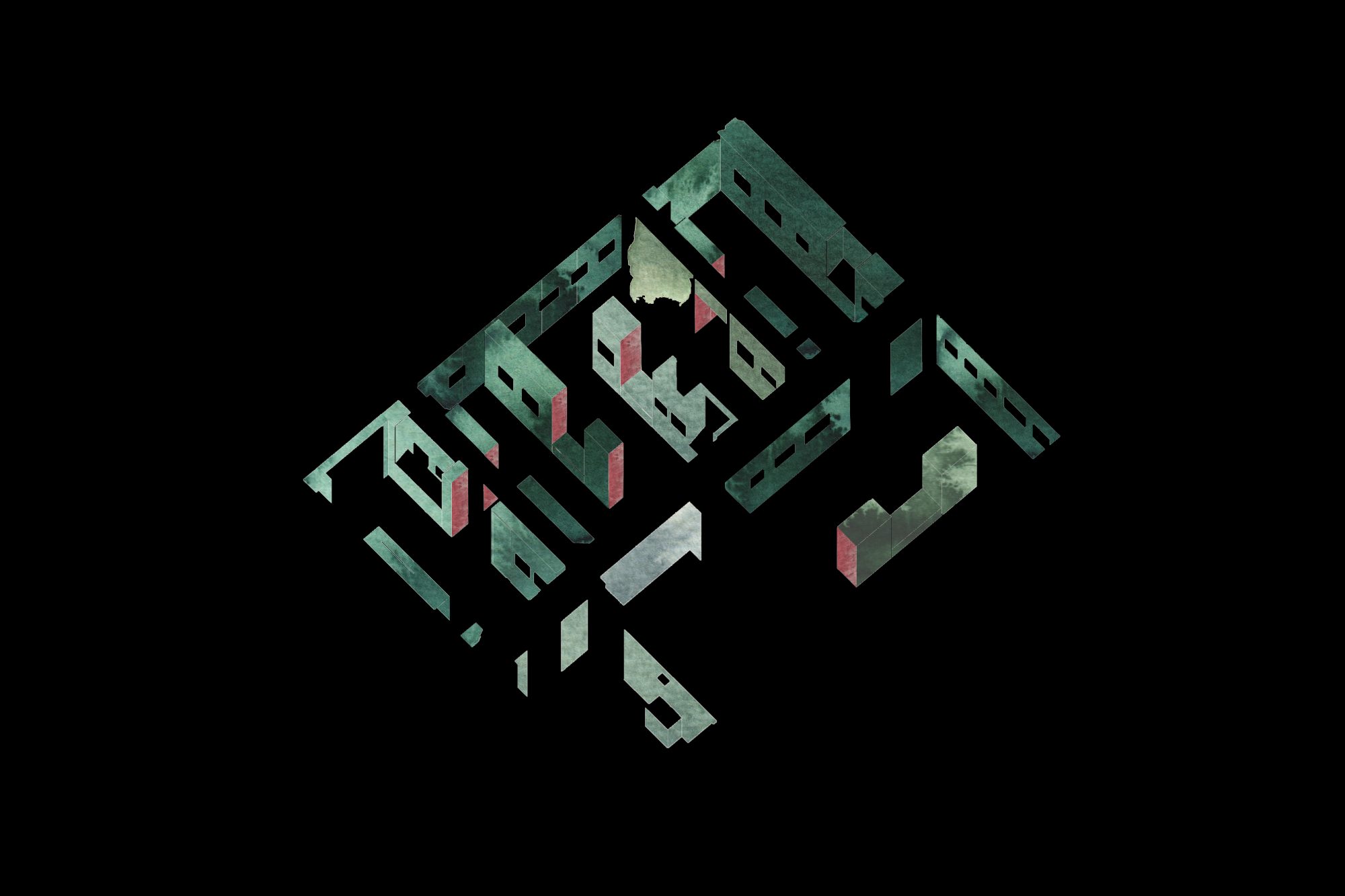 Depictions of man were considered objectionable from an orthodox Muslim point of view since only God can create life, and man should not try to emulate God’s work. However, despite this reluctance, portraying human figures has nonetheless always played an important role in Islamic art.

The works within the exhibition are divided into nine themes, including Women, The Religious Sphere, Everyday Life, Love, the Prince and the Court, and Exotic Beings.

Getting close to the objects was a key driver for the design of the exhibition. This closeness is vital for the visitor to appreciate the immense detail in these, often miniature, works. As well as offering magnifying glasses, spatial tools were employed to encourage this.

Smaller, semi-enclosed spaces were carved into the larger exhibition space, which encouraged an intimacy between viewer and image. This was accentuated by the dim lighting of the space, punctuated by soft illumination of the works, which drew the viewer towards them.

This use of lighting also created a mystical atmosphere. Mysticism is a theme inherent in Islamic art and particularly that of the human figure. This was further explored in the angled display cases in which objects seem to levitate, imbuing them with a sense of the magical.

Framing is used as an optical tool within Islamic painting to draw the viewer in. This notion of framing was extrapolated to become a spatial tool within the exhibition. The smaller divisions of space were employed to create spatial frames, highlighting one seminal work within each of the nine themes.

The colour of flesh is also important within the works, both visually and symbolically as it embodies the depiction of the human form. This pink colour was referenced within the design of the exhibition and accented through the contrasting dark green of the walls.